Ultimate Compatibility – Extend the range of any Wi-Fi router or wireless access point.

With four external and dual band antennas, the RE650 establishes a stable wireless connection to any Wi-Fi router and boost the network's coverage by up to 14,000 square feet*. The 880MHz dual-core processor provides maximum Wi-Fi performance, keeping your smartphones and tablets connected as you move throughout your home.

Beamforming technology detects the location of devices and concentrates Wi-Fi towards them for stronger connections.

Using 4-Stream technology to boost its Wi-Fi capability, the RE650 reaches industry-leading maximum speeds of up to 800Mbps on 2.4GHz, 1733Mbps on 5GHz. This provides the speed and elite performance necessary to support your most demanding online applications, including simultaneous 4K streaming and lag-free gaming.

More Connections and Faster for Everyone

MU-MIMO technology allows the RE650 to serve up to four devices at once, reducing wait time and greatly increasing Wi-Fi throughput for every device. With MU-MIMO, the RE650 runs up to 4x faster than traditional AC range extender.

The RE650’s Gigabit Ethernet port lets you connect a wired device such as a game console or smart TV to create a fast, reliable wired connection.

The Intelligent Signal Light helps you quickly find the best location to install the RE650. 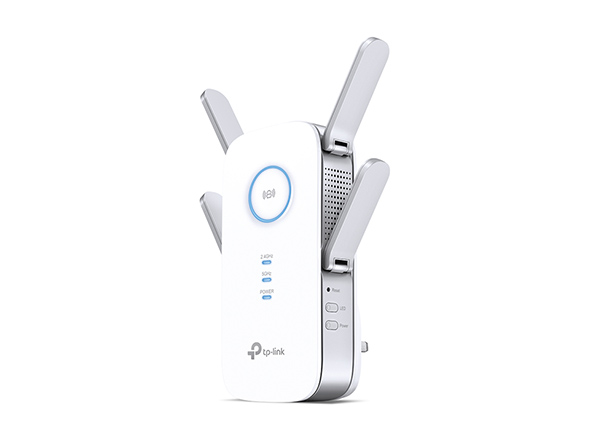